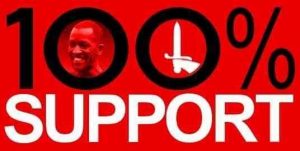 Its a difficult time to be a Charlton fan at the moment, Last Saturdays defeat at home to Boro was a tough one to take, considering we started so well, I thought the formation was working well, until Lawrie Wilson’s injury, after that we seemed to lose balance, and at 2-1 down we piled forward chasing the game and conceded a further two goals, the first two goals were individual errors, as I said, the last two were when we were caught on the counter, Tony Mowbray admitted after the game, that this was their game plan. Lets face facts here, Boro are one of the fancied teams in this leak, and on their display Saturday we can clearly see why.
Since Saturday there have been one or two fans venting their anger, one even went as far as calling for Chris Powell’s head, for me this is grossly unfair, for a start, take a look at our appalling injury issues, Yann, Rhoys, Ricardo Fuller, first team players, and important players, have been out with injuries, add in injuries to Matt Taylor, Cedric Evina and our most improved player, Lawrie Wilson, and you can see the manager is up against it with regards to selecting his best team. Another important factor in our tough time at home is the opposition, we have played 5 of the top 6, and tonight we face the league leaders, that my friends is a really tough start to home life in this division.

Without doubt we are in for a tough few weeks ahead, but as Christmas looms we will see more of our injured players returning, giving the manager a full squad to select from, I firmly believe that we have had pretty much all of our tough home games, and our home form will pick up, there is nothing wrong with our away form, we are going up against decent teams and getting creditable results.

What we don’t need is the knee jerk reaction without looking at the facts I have laid out above, what we do need is to get behind these players, and the manager, right now they need our support, so lets make sure that the atmosphere tonight is supportive, so lets get ourselves behind our team, these players gave us a glorious season last year, they are totally committed to this club, we have had the good times, now we are having a rougher time, keep your nerve and give them 100% support