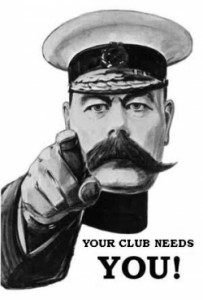 This weekend sees the return of the international break – a chance for fans of clubs in the top two divisions in England to have a week off from the joy and despair of following their team up and down the land, and instead tune in with the rest of the country to watch the national team. For the others – fans in the lower divisions, it will be business as usual, as the hardy souls of the lower reaches of the football league and the non-league ladders go about their normal weekly routine.

Some who fall into the first category may choose to go and take in a game at their local non-league side, whilst others see it as an opportunity to catch up on bits and pieces they regularly put off whilst instead going to football.

But for some people Saturday afternoons at 3pm can have very different scenarios. Take an individual in some far away town or city up north, having got up at an unearthly hour to catch the first train or bus, before embarking on another away game following their eleven heroes. On the other hand there’s the “fan” – and I use the word loosely – who’s settling down in front of a computer screen, waiting for a stream to appear for his team’s game online.

Crowds in non-league football are dropping considerably, with many clubs going out of business at an alarming rate at the lower levels of the game. One of the main reasons I believe this is the case is illegal streaming of 3pm Premier League games via the internet.

The third individual is the one who enjoys watching their local side on a Saturday afternoon, because for whatever reason, they cannot attend this week’s away game, which is perfectly fine.

The point I am making is that the idea of a Saturday afternoon spent down the local football club, listening out to the tannoy for the half time scores from around the country before continuing to watch 22 semi-pros give their all before going back to their normal jobs on a Monday is fading. Saturday afternoons are about being at football, not sitting in front of a computer screen watching a middle Eastern stream in a foreign language.

This Saturday, my local team, Tunbridge Wells FC are in the semi-final of the FA Vase. The Wells usually ply their trade in the Kent Premier Division whilst their opponents on Saturday, Shildon AFC, play in the Northern League. After the home leg this Saturday, the second leg is a long one away in Newcastle, but that’s what makes the Vase so special. It’s the romance of the FA Cup, but at the semi-professional level of the game. The final is at Wembley, and for one of these two sides, it will be a once in a lifetime opportunity to walk out the tunnel at the country’s national stadium.

The club has endured some tough years in recent times, and three years ago, crowds would never surpass about 70 or 80 people. One beam of light in an uninspiring period in the club’s history was On August 31, 2005, when Tunbridge Wells made football history (and an entry in the Guinness book of Records) by winning the longest penalty shoot-out ever in a senior cup match. No less than 43 spot kicks were needed before Wells emerged as the victors, 16–15 over Littlehampton Town in an FA Cup preliminary round. Until now that was their biggest claim to fame, but the fact that the side now finds themselves two games from Wembley speaks volumes about just how far this club has come over the past few years. In the last two years, attendances have grown to around the 200 mark, and for the Quarter final game in the previous round a crowd of no fewer than  1,180 was in attendance to watch The Wells overcome Hadleigh United 2-0, which is more than some Blue Square Premier clubs manage to draw in.

With a town the size of Tunbridge Wells, and the potential surrounding catchment areas, it begs the question as to why attendances are so low. The town has a population of 56,500, so to be getting crowds of as little as 200 on a regular basis is baffling when football is considered to the ‘national game’. Maybe it’s down to a lack of awareness, after all, the club hasn’t really inspired many magical moments in recent years. But hopefully with this impending semi-final things are about to change. I would expect a crowd of at least 1,500 down at the Culverden Stadium tomorrow, and if the club can attract a significant majority of them back, then they’re surely onto a winner. Indeed, if the side do get to Wembley, I’d expect the town to take at least 5000-10,000 people along to cheer on their local team. 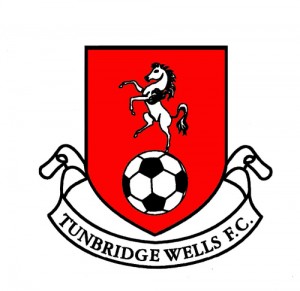 This magic of the cup (or Vase!) and once in a lifetime opportunity exemplifies the purpose of this article. A local semi-professional team are one game from Wembley, undoubtedly the biggest of achievement of all the side’s sporting careers. Going back to what I said at the start, Saturday afternoons are about watching real football, not sitting in front of a computer screen, so if you live locally, get yourself down to Culverden Stadium tomorrow afternoon, because you might witness history, and surely that has to be better than watching a game over the internet?