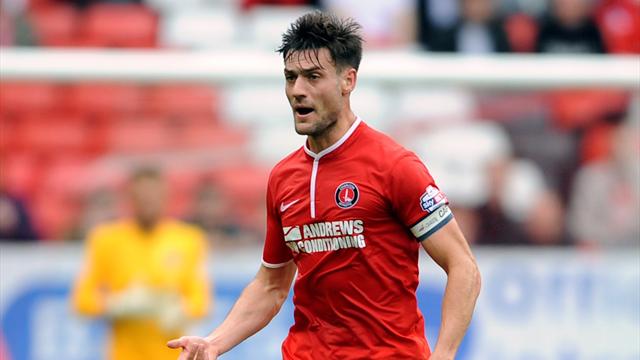 For almost two months now, Charlton Athletic have been playing two games a week. With a fairly consistent (but not exact) record of 3-0 Saturday defeats followed by 1-0 Tuesday night victories, the Addicks continue to hover perilously above the relegation zone. They still have one game in hand over many of the teams around them, so their fate remains in their own hands, but over the last week, the unrelenting schedule of games finally appears to have caught up with the weary Addicks.

Charlton followed up a fairly routine 3-0 defeat to Brighton last Saturday with a 6-pointer against Barnsley at The Valley. Despite battering the away side for the majority of the game, Charlton failed to take their chances in front of goal (as has been the story for the whole of this season). On the other hand, Barnsley had two half chances and took them both, and in doing so secured a 2-0 victory to ensure that they do not get cut adrift at the bottom of the league.

As mentioned, Tuesday nights have been kind to the Addicks in recent weeks. Victories against Bournemouth, Forest, Leeds and Yeovil have all provided vital points in their bid for survival, but it looks like the fairly minimal squad have finally reached breaking point, just 4 games from the end of the season.

It is not just the size of the squad that has caused the Addicks trouble. Poyet and Cousins have dominated central midfield, particularly over the latter part of the season, but at just 19 and 20, expecting them to play twice a week every week is more than anyone could expect.

They’re not the only examples of youth however. Sordell and Obika up front are still young, whilst the bench has regularly been made up of youth academy products, some of which haven’t even played first-team football before. Combine this with loanees that are either unfit or not used to the pace and power of the Championship, and the outlook for the remaining fixtures looks bleak for Charlton.

It’s not all doom and gloom however. The Yeovil game has shown that this side has (contrary to popular belief) got goals in it. The team have played well in other games too, Barnsley a prime example, and they’re not simply rolling over and giving up. The Addicks also impressed in their 0-0 draw with Bolton over the Easter weekend, and although they couldn’t score, they dominated the game against the in-form Trotters, and gained another point over their relegation rivals. Morgan Fox (another youth product) made his home debut and impressed at left-back, following the news that Rhoys Wiggins broke his foot earlier in the week and will be out for the season.

In addition, Jackson may be into his thirties now, but continues to display all the passion and commitment required to drag younger players through the game. His motivational performances in the face of huge adversity are enormously commendable, and with tired legs around him, he is refusing to admit defeat.

Charlton have also welcomed back Chris Solly. The two-time Player of the Year has missed the majority of the season due to injury, but finally took to the pitch as a late substitute in the defeat to Brighton. He followed this up with a start against Barnsley, although he was withdrawn in the second half and rested against Bolton. With Solly back, Wilson will be able to push forward into the right side of midfield, and gives Riga more attacking options as he looks to rotate and utilise his squad to the best of his ability.

The Charlton players are exhausted. Everyone can see it. The toil of a long season, combined with uncertainty behind the scenes at the club, a relegation battle, and a punishing schedule over the last 3 months has affected them all both physically and mentally. Despite all this, they are continuing to pick up vital wins in their bid to ensure that Championship football is back at The Valley next season. If the Addicks can survive, it will represent a more magnificent achievement than their 9th place finish last campaign, with the squad possibly weaker, and the other factors mentioned above.

The job is a long way from over however, and the remaining 4 games will test every inch and ounce of the players. Their spirit has been inspirational, their work ethic has been exceptional, and after such a prolonged and agonising run of games, the end is in sight. The players need to pick themselves up for 4 more cup finals, and need to ensure that as they walk off the field at Blackpool in two weeks time, Charlton remain a Championship club.