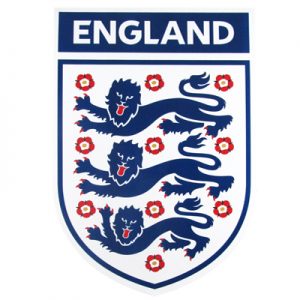 In a year’s time the country will be hopefully getting excited about the 2014 World Cup in Brazil, supermarkets will be selling England shirts, and flags to people who will hang them from various parts of their houses, cars, bikes until we are eliminated from the greatest competition in the world.
Look at our current squad, check the ages, 5 of our possible starting line-up are aged 30 or older, with Steven Gerrard to come back next season, for me both Gerrard and Lampard are past their prime, I hear the arguments that they are the best we have, Gerrard and Lampard have been central figures in England teams for nearly 10 years, central figures in a team that has failed to get beyond a quarter final, a team that was totally out classed by Italy at last year’s Euro’s. If we manage to get to Brazil next summer, I would not expect any fireworks, I suspect it will be a similar experience as South Africa 3 years ago, we missed a great chance to start again, what should have happened is these older players who had tried and failed (Gerrard, Lampard, Terry, Cole, Ferdinand) should have been told thank you for your service, you have had your time, goodbye… and we could have commenced an 8 year cycle towards the 2018 World Cup in Russia. This is something that both the French and the Germans have done, the French looked to at their squad that failed to qualify for the 94 World Cup and invested in youth, with spectacular results, the Germans likewise have under Joachim Low done much the same, and will be there or thereabouts in Brazil next year. Sadly this could never happen in England, why? Because two groups of people would never have it, The FA and the nation’s tabloid journalists.
The FA are there to promote and protect the interests of English Football, but sadly I feel they are geared up as a business, it’s purely a money making exercise, The Premier League is a rotten cash cow that is awash with cash, yet the governing body are having to pay off an absolute fortune for Wembley Stadium, most of the cash seems to disappear into the pockets of players and their agents, I am don’t blame the players, if someone is offering you an obscene amount of money to play for them you would be daft to say no, no it’s the Clubs desperate desire/need to stay within the cash rich Premier League that makes them offer ridiculous sums to players. It is also this desire that means only 34.9% of players in Premier League are English, In Germany this figure is 55%, clubs cannot afford to develop young players in a way that is required to improve the fortunes of the national side, they have to stay in the Premier League, regardless of the cost. Until this basic issue is addressed the standard of players for the England team will continue to be poor. Now the FA could look into ways of ensuring this happens, but they will not, why? Because they are toothless, too scared to take on the Premier League, the Premier League is run by the chairmen of the Clubs in that league, people who are making a fortune out of the clubs we love, if the FA tried to reduce the size of the League itself or even distribute the TV money in a fairer manner, you can expect these chairman to pick up their ball and go and play elsewhere, the Premier League is not conducive to producing a decent international side, they have no interest at all, they are interested in one thing, how much cash they can get for the TV rights.
The FA could have in 2010 appointed a manager and said go with youth, pick a young squad and develop them, don’t worry about the Euros, lets aim to get to the World Cup in Russia in 2018, let’s get these players into the England Squad and give them the experience and backing, if they had said that 3 years ago to the fans and media, I am sure the fans would have understood what they were trying to achieve, and would have backed them, but there is one key factor that will prevent the FA from being as brave as that, The tabloid media..
I will say from the outset here, I have no time for the tabloid football writers, none at all, they are a group of people who will happily launch into personal attacks at the drop of a pen, Graham Taylor was never an international manager, never should have got near the job (blame the FA) but no man alive deserved the utterly disgusting personal attacks that tabloids launched in the 90s, they tried their best in the 80s to destroy Bobby Robson, especially after our shocking Euro 88 campaign, yet the FA backed their man and look how close we came in Italia 90, had the tabloids got their way Sir Bobby would have been long gone. As long as the FA listen and are influenced by these so called experts we are buggered, Roy Hodgson has been in the job 1 year yet these supposed journalists are lining Roy up for their usual shameful treatment, they are all out in Rio now preparing their spiteful bile, is it any wonder our players cannot reproduce their club form with this nest of vipers standing by to tear into them? They of course claim they want to see a successful England side, but they are not prepared to give anybody a decent amount of time, nothing will change them either, they believe they are the experts, and speak for the average football fan, well you don’t speak for me, and I long for the day when you actually report the facts rather than give opinions, leave the tactical analysis to people that have actually played at a decent level.
Enjoy the game tonight!

Previous Post Dan Finch: My Season Review
Next Post Is The England team to old for World Cup chances?

🙈 We've conceded 2️⃣ or more goals on 1️⃣6️⃣ occasions in the @SkyBetChamp this season. We delve into our defensive woes on this week's @charltonlive 💻 Stream online: charltonlive.co.uk/2020/01/19…… 📲 Subscribe in Acast or iTunes: acast.com/charltonlive #cafc pic.twitter.com/fyhZQTbSd0

☎️ Steve Gallen is a man who will be working overtime on the phones to get bodies in this month. We discuss our hopes for the transfer window on this week's @charltonlive 💻 Stream online: charltonlive.co.uk/2020/01/19…… 📲 Subscribe in Acast or iTunes: acast.com/charltonlive #cafc pic.twitter.com/Y7HltZKS8W