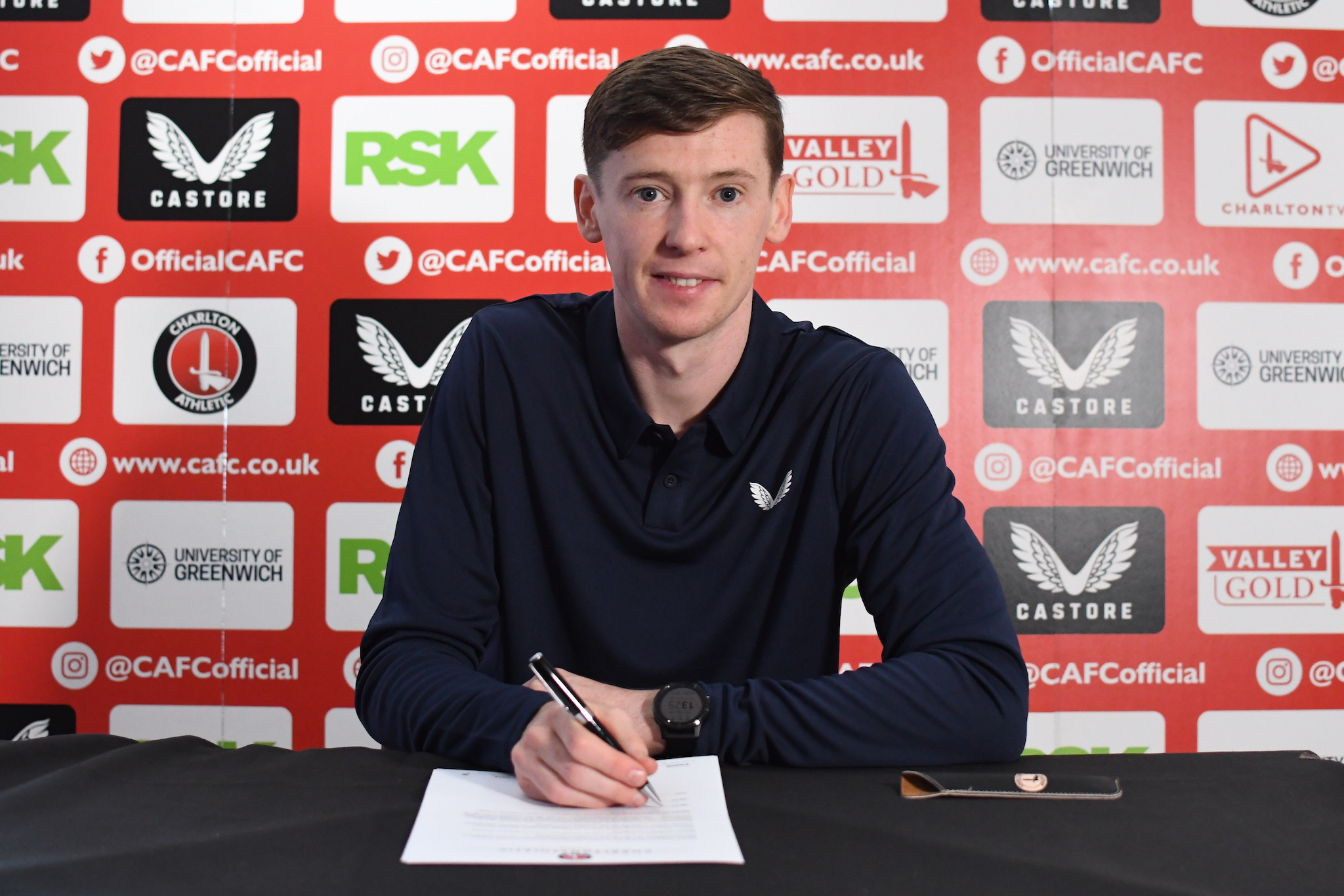 Ben Garner has further strengthened his midfield options after signing Conor McGrandles on Wednesday following the expiry of his contract at Lincoln City. The 26-year-old midfielder joins the Addicks on a three-year deal and becomes Garner’s fourth signing of the window. McGrandles was a key member of the Imps squad that reached the play off final in 2020/21 season and wore the captain’s armband under Michael Appleton at Sincil Bank last season. The acquisition of the versatile midfielder will be seen as good business by the Addicks who now boast some serious competition in midfield.

To learn more about the new Addicks recruit I spoke to Jake Tonge from the “Stacey West Blog” who gave me the lowdown on McGrandles time with the Imps.

Give us some background into Conor and his time at Sincil Bank?

McGrandles arrived in Lincolnshire in the off season after the COVID-19 pandemic from MK Dons. He made a great start to life in a City shirt, playing in a midfield three alongside defensive minded Liam Bridcutt and fellow box to box midfielder James Jones. McGrandles in that first half of the season was our dominant threat from midfield, pushing up the pitch and joining the likes of Brennan Johnson and Anthony Scully to create overloads in the half spaces. He worked well with Jones as they both did their fair share of defensive work also. He enjoyed picking the ball up off Bridcutt and the defenders to thread balls into our dangerous attacking players. His second season at the Bank has been more difficult for him. With the constant injuries to Liam Bridcutt, his role completely changed. He was made captain in Birdcutt’s absence but was given the role of defending the back line, which isn’t his best style. He was often seen giving the ball away in our half which led to high quality scoring opportunities for the opposition. Because of this change of role, his ability to get forward and create was massively hindered.

Conor’s strongest attribute is his determination. Despite the poor run of form we were on last season, McGrandles was always putting in 100% even if not always executing what he wanted to do. If he lost the ball in a pivotal area, he would work his socks off to win it back. His stronger attributes will come to the fore if he is played in a position which allows him to affect the final third of the pitch. He is a very intelligent footballer who can help with attacking phases by becoming an extra body in the attack. He ghosts into the box and on many occasions has played the final ball before a goal or has dragged defenders out of position for our more potent players to put an effort in on goal.

Any player plying their trade in L1 will have their weaknesses. Whilst in my previous answer, I said his intelligence was one of his biggest strengths, I think that it can also be a big weakness of his, especially when it comes to adapting roles that might not be his favourite. He was asked to play the role of a holding midfielder during his second season in LN5 which perhaps showed his naivety at times. He wouldn’t sit and protect the four, sometimes he would be marauding up the pitch at times when we needed him to stay back.

Given the time since the announcement, I think the fan base is pretty split on his departure. Obviously, the club made it clear that they wanted him to stay by offering him a contract, however it was common knowledge that because of his family and girlfriend, that he would be exploring opportunities back home in Scotland. I think a lot of our fans are disappointed to not see him make the move up North which is the reason we were led to believe as to why he wasn’t willing to sign an extension with the club. In terms of a footballing perspective, I think it’s a big loss to Mark Kennedy. With such a young squad, to have an experienced pro like McGrandles around would’ve been very helpful. On top of that, with Bridcutt leaving the club, it would’ve made sense to keep the Scot. But with performances at such a low level across the 21/22 season across the whole squad, there is a sense that we need to move on from that era and allow the new manager to bring in his own men and develop the squad to his liking, very much like Charlton.

How do you think he will fare at Charlton and under Ben Garner who is really pushing an attacking style of play?

Watching and covering the EFL in the 21/22 season, I think it was hard to not notice the outstanding attacking input of Ben Garner’s Swindon Town. Having watched their play-off games in particular, I think McGrandles would suit in a Jack Payne style role, one of the more attacking central midfielders. From my understanding, Charlton already have a defensive minded midfielder in the form of George Dobson, who has similar attributes to Bridcutt to allow McGrandles to play with that confidence from behind him, which unlocks a new level when it comes to the midfielder. I think it’s a good brand of football for him, it was obvious that he was better in a side that like to play on the front foot, with the ball most of the time. This is when you can unlock his ability to break down defences and allow the likes of Stockley, Davison etc to have plenty of goal scoring opportunities.

Time at Lincoln rate out of 10 and reason for you score?

I’d give him a 7 out of 10. His first season was absolutely outstanding in a much better team, but he struggled to really make an impact when it came to his second season, but there were circumstances that forced that to happen. An outstanding midfielder in L1 on his day, however, to unlock that next move up to the Championship, he probably needs to be more consistent than he was in the 21/22 campaign.