While high on quality, Charlton’s squad remains comparatively low on numbers. Two excellent goalkeepers, options at left-back, and plenty of centre-midfielders to pick from, but depth not quite as deep as you would like it elsewhere.

As such, it would be naïve to expect Guy Luzon to field his strongest possible side in Tuesday’s League Cup tie with Dagenham & Redbridge. It is not complacency, or showing a lack of respect to an opposition who have historically left us feeling somewhat embarrassed, but necessary pragmatism.

For should just one or two Addicks suffer injury against the Daggers, the trip to Derby County next weekend becomes an even more difficult task. The side would be dramatically weaker without Patrick Bauer, Johann Berg Gudmundsson, and, as the first half against QPR showed, Tony Watt.

So too does it provide an opportunity for those who are seemingly on the fringes of the squad to impress. Johnnie Jackson has nothing to prove, but requires more game time as he returns to full fitness, Naby Sarr will want to show he can take Alou Diarra’s place in the side, and Reza Ghoochannejhad has a group of supporters to win over.

But Tuesday is arguably more important for Charlton’s pool of youngsters who have been utilised throughout pre-season. While results were not always great, individuals impressed, and a competitive game against League Two opposition provides a wonderful chance for them to show they can provide the depth that the squad seemingly still requires.

Given his long-standing knee complaint, Chris Solly is one of the most unlikely who played on Saturday to feature once again. With few players capable of playing right-back in the squad, the tenacious Regan Charles-Cook could make his professional debut. 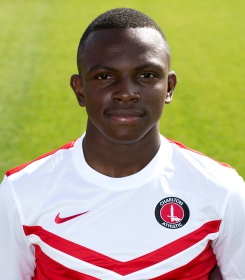 Coming to the Boil: Cook can make his competitive Charlton debut

The 18-year-old, promising throughout pre-season and rewarded with a place on the bench against the R’s, is primarily a winger, but was also deployed in the centre of midfield and at full-back during the summer.

What he lacks in height, he makes up in pace, a surprising amount of strength, and solid technical ability. From what I’ve seen in the friendly fixtures he’s played, I wouldn’t feel uncomfortable with him starting against a fourth tier side.

Nor too would I be uneasy if I saw Ayo Obileye’s name in the starting XI. The 6’3 defender made a big impression while on loan at Victoria Road last season, central to the eleven wins picked up by the Daggers in his 26 appearances for the club, and has looked strong and composed throughout pre-season.

But, given that he was on the bench ahead of Obileye on Saturday, Harry Lennon appears to be the young centre-back most likely to be given a chance in the first team. 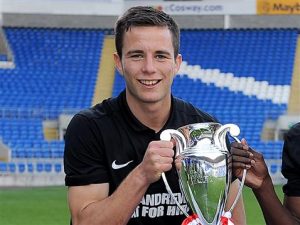 Opportunity to Grasp: Lennon can stake a claim for first team action

The 20-year-old was loaned out to both Cambridge and Gillingham last season without getting much game time, but has looked competent in his handful of appearances of the Addicks, and was entrusted with the captain’s armband in the second half at Welling this summer.

Another who spent time out on loan in the lower tiers of the Football League last season, and managed to impress, is Tareiq Holmes-Dennis. 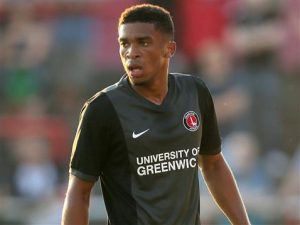 The left-back was a huge hit at Oxford United and Plymouth Argyle, with his defensive work dependable and attack efforts adding another dimension to both sides.

In truth, his pre-season performances have been mixed, but the 19-year-old remains highly rated. Should Morgan Fox be rested and Zakaraya Bergdich be deployed further forward as he was in the closing stages on Saturday, then Holmes-Dennis will make his first appearance for the Addicks.

Further forward, with Guy Luzon openly admitting there is a need for reinforcement in wide areas, Tuesday could provide an opportunity for one of most impressive, but least talked about, young performers in pre-season.

In what was an otherwise dull and disappointing evening at Roots Hall, Mikhail Kennedy was extremely impressive. Quick, skilful, and topping off an excellent display with a very well taken goal, the Northern Irishman’s efforts against a full strength Southend side suggest he certainly has something about him.

Another who showed positive signs in that defeat to Southend, as he did throughout pre-season, is now first team player Karlan Ahearne-Grant. 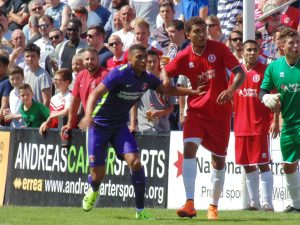 Stake a Claim: Ahearne-Grant can feature prominently on Tuesday

Ahearne-Grant, however, struggled against QPR. Partly that was down to a lack of service, with Charlton’s forward moves limited in the first half, but so too was it a result of the visitors’ experienced back four outmuscling him and letting him have no space at all.

As a result, I would like to see the 17-year-old feature again against the Daggers. A talented player, no doubt, but one that could do with making a meaningful contribution in a competitive game in order to find his feet in professional football.