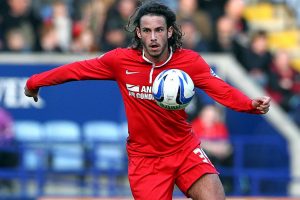 Overview:
Tuesday’s home game against Bournemouth presents an opportunity for Jose Riga’s Charlton to make one of their several games count in their fight against relegation.
Since the new man took over, Charlton have only managed two 0-0 draws against Huddersfield and Millwall respectively.
Some might perceive this as ‘stopping the rot’; whilst others will tell you this form won’t keep the side in the division.
Unfortunately for Addicks fans, it is unlikely they’ll get to see cult hero Yann Kermorgant take to the field, with the striker likely to be side-lined by a heel injury.
Recent Form:
Charlton:
Saturday’s 0-0 draw away at Millwall did nothing to ease relegation worries for Addicks fans.
But it has to be said – the match saw a much improved performance from the side, and you could argue that we should have won the game in a second half which showed a lot of promise.
One shining star of a positive second half performance from the side was Diego Poyet. Not for the first time the youngster defied his years and ran the game from the centre of the park, constantly dropping deep to pick up the ball and start attacks.
Behind him, Michael Morrison, Lawrie Wilson, Dorian Dervite and Rhoys Wiggins looked assured and confident throughout.
However the concern is that the result meant Charlton have failed to score in the league since their 1-0 home win over QPR back in late February.
Bournemouth:
Eddie Howe’s side come into the game on Tuesday night having enjoyed an impressive month so far.
The Cherries started March with a 5-0 thumping at home to Doncaster – a certain Frenchman grabbed himself a hat trick.
Successive 1-0 away wins against Blackburn and Blackpool followed, before Saturday’s home match against Middlesbrough saw their run of three straight wins halted with a 0-0 draw at home to the Teesiders.
Team News and Selection:
Charlton:
Jose Riga opted to go with a 4-4-1-1 formation on Saturday, but that was away from home.
In his first match at The Valley against Huddersfield the manager went for 4-4-2, and I’d expect him to do the same again on Tuesday.
I’ll say we’ll line up as follows:
Hamer, Wilson, Morrison, Dervite, Wiggins, Pritchard, Poyet, Ajdarevic, Jackson, Sordell, Ghoochannejhad.
Bournemouth:
Eddie Howe sent his side out in a 4-1-4-1 formation at home to Middlesbrough on Saturday afternoon.
Coulibaly and Ritchie flanked the midfield three of O’Kane, Arter and Surman, leaving hot-shot Lewis Grabban to lead the line.
At the back, the experienced Lee Camp was in between the stick, with Simon Francis, Tommy Elphick, Steve Cook and Ian Harte ahead of him – an extremely strong line-up.
There was no place on the bench for Yann Kermorgant, and so I’d expect the Cherries to stick to the same side from Saturday:
Camp, Francis, Cook, Elphick, Harte, Ritchie, O’Kane, Arter, Surman, Coulibaly, Grabban.
It’s unlikely we’ll see Yann make an appearance on his return to the Valley, which is probably just as well; because you know he’d score if he played!
Prediction:
Given the last two improved performances I’d like to think we can more than hold our own against one of the best technical sides in the division.
The key will be keeping Lewis Grabban well marshalled and not allowing Surman and Arter to dictate the game from the middle – over to you Mr Poyet.
I can’t see past another draw for the Addicks, and it’ll be another point on our way to survival.
It’s a 1-1 draw for me. We have to score eventually!
Keep the faith. UTA!
@astedman1