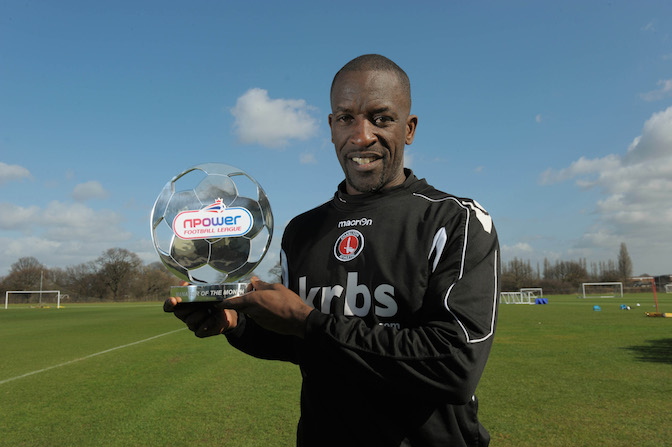 Three years ago, Charlton were at their lowest point in their recent history. Curbishley’s departure had been followed by overspending, poor performances and a succession of failed managers; all of which culminated in Charlton slipping into the third tier of English football. Under Phil Parkinson, it was here that they began to stablalise. However, a takeover saw Parkinson relieved of his duties, and replaced by club legend Chris Powell. In his first job in management, Powell was unable to secure promotion, as the Addicks plummeted down the league to finish just a few points above the relegation zone.

There are very few people in the world who hold Charlton Athletic closer to their heart than Chris Powell. The disappointments of the first 4 months of management were clear to see. For a man who loved the club so dearly, having had three spells with the Addicks as a player, people began to wonder whether employing the rookie manager would be a mistake.

During the summer of 2011, Chris Powell transformed the club. A mass clear out saw over 30 players come and go, as Powell cleared out the players who seemed to have lost interest in playing for their shirt. Instead, a shrewd recruitment process began, and the players that Powell brought in showed a desire and dedication that the fans had not seen for several years. Some were ex-Charlton youth players with a point to prove, others were making a step up from non-league. Whoever they were, they embodied Powell’s love for the club, and communicated this feeling through their football. It was clear that they bought in to his plans, and under him it seemed that finally the fans had their Charlton back.

In his three years with the club, Powell made watching Charlton fun again. His first full season saw the side romp to the League One title, a historic campaign for the club. Powell followed this up by finishing 9th in their first season back in the Championship. Despite having the fourth smallest budget in the division, Powell’s ability to get the best out of his players encouraged character-filled performances that saw the Addicks beat the likes of Leicester, Watford and Cardiff (sides with arguably stronger squads).

It was here that things started to turn downhill. Rather than invest further in the squad, the owners made it clear that they wanted out. Key players were released, whilst others edged ever closer to the end of their contracts. Powell was given no money to invest, and commenced the 2013-14 season with a weaker squad than the previous year. This season, the players have continued to show the same passion and desire that their manager demands, but it has been clear that the quality is not there.

In January, the club’s long-awaited takeover was finally completed. In came Roland Duchâtelet, a man who made his name at Standard Liege. As part of his experimental network, Duchâtelet immediately brought in players from Liege and other clubs he owned, and there was a feeling that perhaps the club could continue to move forwards. However, this feeling began to turn. Key player contracts still were not being renewed. Powell’s contract was also up in the summer, but no news was forthcoming. Talismanic striker Yann Kermorgant (a hero amongst fans) was sold to Bournemouth in acrimonious circumstances, as were Dale Stephens and Ben Alnwick. Duchâtelet indicated Powell was free to pick whom he wanted, but it didn’t seem that clear.

Rumours continued surrounding Powell’s contract, and last week he announced it was only footballing matters to be negotiated. These matters were never agreed, and today he was sacked. Ultimately, his decision not to be a puppet at the hands of Duchâtelet has cost him his job, but he will leave with his dignity firmly in tact and with the respect of the fans.

Duchâtelet did the same at Liege, and the club now sit top of their league, but Charlton are a different beast. The players have been playing for Powell, and with him gone it’ll be interesting to see how the players react. In business, owners make their own decisions for their own benefit, but football cannot run this way. If you take charge of a football club, you have to take the view of the players and fans into account.

The games against Huddersfield and Millwall this week are now the most important games of the season. If new manager Riga can galvanise the team and survive relegation, all may be forgiven, but that seems a long way from reality at present. It pains me to say it, but the players need the fans more than ever, and for the 90 minute game, the fans have to get behind the team.

So with another young English manager being discarded for a foreign ‘owner’s puppet’, what legacy does Powell leave behind? He has given Addicks fans their Charlton back. He has maintained their respect through the good and the bad, and has brought Charlton back from a dark period.

Thank you Chris, for everything you have done at my club. You have given me some amazing memories, many of which I will never forget. I wish you every success in the future; you are a great young manager. Thank you for giving me my club back!