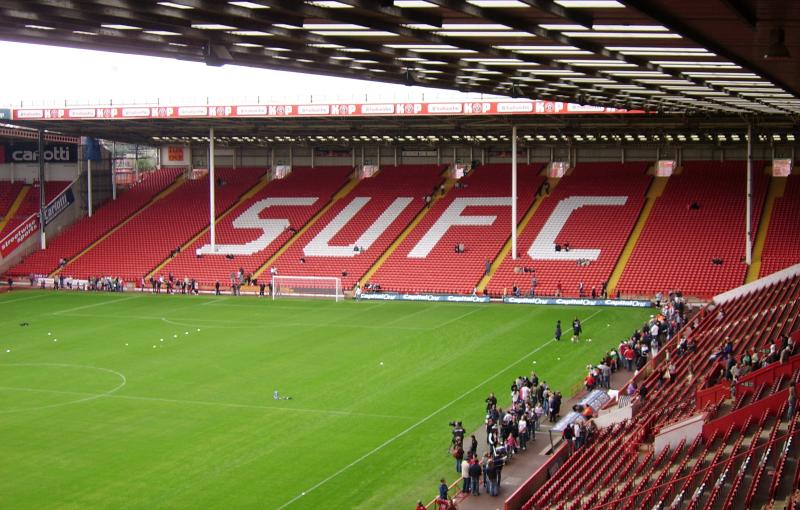 More than 5000 of the red army will march to Bramall Lane this Sunday for Charlton’s FA Cup quarter final clash with Sheffield United.

Charlton are on a mission to get to Wembley and all that is between the semi finals and us is 90 minutes of football in Sheffield. Chris Powell is positive that we can do it, in Thursdays’ press conference he said, “I’m determined to take us to the new Wembley. It would be wonderful for everyone connected to this club”

Charlton have not reached the semi-final stage of the FA Cup since they lifted the trophy in 1947 and have not played at Wembley since the 1998 Division One play-off final, when they beat Sunderland on penalties after a 4-4 draw, but Chris Powell, the team and us fans are all in high hopes that the Addicks will play at Wembley this year if everyone works to best of their ability.

I believe that the FA Cup run has had a positive effect on the team, the fans have got behind the boys, Chris Powell and the team are in a positive frame of mind and it seems to have been reflecting on their performance. Charlton have come a long way to reach the semi finals after beating Oxford 3-0 in the replay, Huddersfield 1-0 and the neighbouring rivals Sheffield Wednesday 1-2 all away. The question is, can Charlton get their fourth away win of The FA Cup with a booming crowd and live on TV?

Sheffield United are sitting in tenth place in League One and have also had a fantastic FA Cup run so far after getting a draw against Fulham in the fourth round, they then beat them in the away tie 0-1. The blades then hosted Nottingham Forest and grabbed a 3-1 win in the fifth round to get to the semis.

Powell has been doing his homework on our opposition and he thinks that United will be ready for us, he said, “I went to watch Sheffield United on Tuesday. They’ll be happy they’re at home but they’ll be wary of us.” Regardless of this, Powell is positive about the game, he said, “Charlton will turn up Sunday. It’s a big opportunity for my players. Only one of them have been in a quarter-final before”, “I think it’s a wonderful competition. Always have done.”

There has been over 5000 tickets sold to Charlton fans for the clash and the excitement amongst the traveling fans is booming and since the tickets sold out and Sheffield United only have 500 tickets left and they expect a full capacity of approximately 30,000! But the random kick off time and day angered many Charlton fans due to the problems with travelling to Sheffield on a Sunday morning. The day that the fixture was announced there was a twitter frenzy of Addicks fans upset that they could not make the game and could not afford the overnight stay, which seemed to be the only option? I thought it was a great idea when some of the fans began to spread the word about getting as many people as possible to drive a car load of Charlton fans to Sheffield and this is what gained the majority the chance to get to the big FA Cup tie on Sunday.

Powell has stood up for the fans and I think he will be touched by the amount of support that he will have behind him on Sunday. He said, “By hook or by crook our fans will get there. It’s not ideal the 12pm kick-off time. But we’ll get on with it and we’ll be ready.”

Charlton fans have a general concern whenever Charlton are on television, I know I always worry about the pressure that being televised brings to the players, and Olly Groom this week worked out the stats, he tweeted  ‘‏‪@ollygroome

In an interview with BBC this week, Johnnie Jackson spoke about his FA CUP dreams, he said “I always dreamed of playing in a cup final as a kid and the opportunity to play at Wembley albeit not in the final, is an incredible prospect”, “It is a massive game and a massive opportunity for the club, the players and the fans.”

Charlton have a large squad to choose from but Chris Solly is still out with his injury, Michael Morrison is said to be fine after being forced off through injury on Saturday.

Sheffield United have had some struggles with injuries recently and Jamie Murphy and John Brayford are on the mend but Stephen McGinn is still struggling with a back injury.

I have got faith in us and with the huge red army behind the boys and a large squad for Powell to choose from, I think that we can do it. Hopefully the city of Sheffield will be full of celebrating Charlton fans on Sunday and we will be on our way to Wembley.