Charlton go into Saturday’s league game against high-flying QPR at The Valley looking for their first league win since Boxing Day.

The Addicks have struggled in the league since beating Brighton 3-2, and despite a run in the FA Cup, the league must still remain a priority for Chris Powell’s men.

It’s hoped that the January influx of new signings can revitalise Charlton’s domestic campaign – the game against Birmingham two weeks ago hinted that this was a side in transition, and having been in each other’s company for a fortnight now, there is no more time for adjustment – results must start to turn.

QPR have endured a far more fruitful season, and sit 3rd in the table. However, Charlton fans can take heart from the resilient 1-0 loss at Loftus Road in November, as well as the fact that the West Londoners are without a win in their last three league matches.

A creditable point at Ipswich on the first day of 2014 was followed by a disappointing 1-0 defeat away at Middlesbrough, before a lacklustre performance away to fellow relegation strugglers Doncaster saw Charlton lose 3-0.

The departures of Yann Kermogant and Dale Stephens did little to ease the tension around The Valley – as fans saw three new signings arrive into Sparrows Lane on deadline day.

A better performance with these new inclusions at the DW Stadium against Wigan at the start of the month offered encouragement – and for 88 minutes the Addicks were beating a strong Latics side, but late goals from Fortune and Jordi Gomez cancelled out Marvin Sordell’s early strike.

The most recent defeat came at the hands of Birmingham, or more precisely Fedrico Macheda, as his two goals gave the Blues the victory at The Valley a fortnight ago.

Three consecutive 2-1 home victories over Doncaster, Huddersfield and Bolton ensured that the R’s kept up with Leicester City and Burnley at the top of the table as the season entered 2014.

More recently however, this form has dropped and QPR now sit fourth in the table, having been overtaken by Burnley and Derby, as well as losing ground on runaway leaders Leicester.

Sean Dyche’s Burnley side impressed in their 3-3 draw at Loftus Road at the start of the month – a game in which QPR were pegged back twice by the Clarets. It eventually took a late equaliser from loan signing Modibo Maiga to rescue Redknapp’s side a point.

Next up were Steve McClaren’s Derby – the Rams ran out 1-0 winners thanks to a goal from Craig Bryson as the Hoops suffered back to back defeats.

But perhaps the most alarming result of the three for QPR fans was the 3-1 home defeat to Reading last Sunday – a game which has really threatened QPR’s automatic promotion chances.

Reading had won only one of their last eight league meetings at Loftus Road before the win and the result now leaves Redknapp under pressure to get his side back to winnings ways on Saturday. 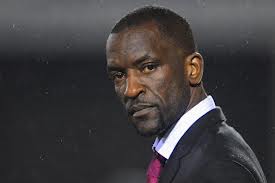 With Monday’s FA Cup at Hillsborough to consider, Chris Powell faces a selection headache ahead of two games in three days.

The league game on Saturday must be top of the agenda, so I expect our side to line up as follows in a 4-1-3-2 formation:

I get the feeling that the manager will save skipper Johnnie Jackson for Monday’s game in a bid to see him repeat his heroics of the League One title winning campaign.

I also believe that Sordell will start on Monday night and so Powell will use the league game as an opportunity to field the two new strikers together for the first time. 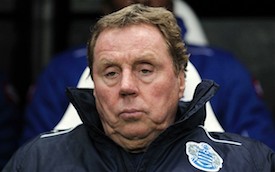 Harry Redknapp has no such domestic worries, so expect to see a strong line-up.

They will be without Charlie Austin – match winner from November and the suspended Joey Barton, so I expect Karl Henry to be recalled to the side to retain the steel in midfield – allowing Kranjcar to operate in a free role behind the front two.

On paper this will be the strongest side Charlton face all season, but paper has never won anybody a game of football.

Powell’s men will be eager to get their league campaign back on track, and the two week break has given the side plenty of time to continue to gel.

It won’t be an easy game, but if Charlton can keep Doyle and Kranjcar quiet, then they have a real chance of getting something from the contest.

I’m really excited to see Parzyszek and Ghoochannejhad start together for the first time and hope Powell opts to do so, that should give us a real goal scoring threat.