Saturday’s game at the DW Stadium saw manager Chris Powell name a central midfield partnership with a combined age of 37 – the duo of Jordan Cousins and Diego Poyet.

Cast your mind back to the start of the season in August, and against Middlesborough at the Valley Powell opted to start Johnnie Jackson and Mark Gower – players with a combined age of a contrasting 64.

In an interview last week with the club’s new owner, Roland Duchâtelet was keen to stress his intention of using the highly rated academy products at the club both now and in the near future – it is clear this is already the case.

Last season Charlton’s U21 side enjoyed an outstanding domestic campaign, sealing an impressive treble. Having secured the Development League 2 South Title and the Kent Senior Cup, the young Addicks went on to win the National Cup away to Cardiff City (whom they also beat again 5-2 at Sparrows Lane shortly before Christmas.) 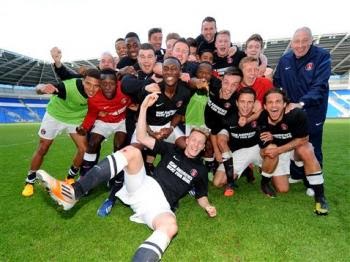 The side, managed by Nathan Jones, was packed full of ability.

Back in May, I reflected on their achievements and picked out a handful who could make their breakthrough during the new season.

At the back, I highlighted the ever present full backs Morgan Fox and Harry Lennon who both had solid seasons, and singled out Jordan Cousins for praise at the heart of the defence. Diego Poyet also caught my eye, and the hope was that a number of them could make a push for the first team in the near future.

Eight months on, and I’ve not done too badly with my predictions.

Morgan Fox has impressed on loan at Notts County, making four appearances scoring his first senior goal in a 4-0 win at Colchester.

Harry Lennon also made his senior bow away at Huddersfield in the FA Cup victory two weeks ago, and replaced the injured Rhoys Wiggins at the weekend in the last gasp loss to Wigan.

Moving further up the field and we begin to really see the latest shining light of the esteemed academy – Jordan Cousins. 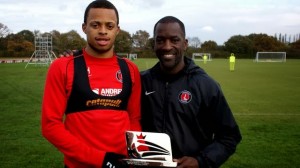 The Kid is Alright: Cousins is named Young Player of the Month for October

Cousins launched himself into the limelight with a superb display in a pre season match against Dagenham and Redbridge – listening to his interview pitch-side afterwards it was clear he had his feet firmly on the ground and his head screwed on – he was going to achieve big things.

His competitive debut came in the 4-0 victory against Oxford in August, and you could have been forgiven for thinking that it was a brief inclusion given both the opponents and the competition.

Eleven days later and Charlton found themselves trailing Barnsley 2-0 at Oakwell – my report was already being prepared in the press area when Chris O’Grady got his second of the game, we looked dead and buried.

Just past the hour mark the ball found its way to the midfielder on the edge of the area – what followed wasn’t pretty, but Cousins made enough contact with the ball to hit it into the ground and into the roof of the net to claw Charlton back into the game – the youngster gave the lacklustre Londoners a new lease of life.

Ten minutes later Simon Church raced away to notch his first league goal for the club and help the Addicks secure their first point of the season.

Twenty two league appearances later, and a Charlton side without Cousins would raise eyebrows as opposed to one that left him out. He signed a new three year deal in October.

Alongside him in deepest Lancashire on Saturday was Diego Poyet.

His inclusion certainly raised a few eyebrows, but a solid performance at Oxford in the cup victory clearly convinced Powell and his staff that he was ready.

Having been at the club since the age of eleven Diego is certainly ‘one of our own’ – speculation that he could be following his father up to Wearside was soon dismissed, he knew where was best for his future. 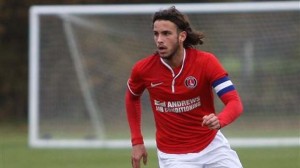 Although the result wasn’t what Charlton fans were looking for, the continuation of academy graduates making the step up into the first team is certainly offering a beacon of hope at a time where things aren’t going entirely to plan on the pitch.

I’ll quote you something in that article from May 2013 that I alluded to earlier:

“We have some of the club’s brightest talents in a long time and if the progress of the younger players can continue under their coaches, Powell is most definitely the man to give them their chance in the first team. ”

There is no doubt that at the moment it is difficult to enjoy a lot about recent results – I’ll give you that.

However what we can take heart from is the fact that the youngsters are coming good – Powell and Duchâtelet are on the same wavelength, they recognise this.

Combining youth with experience is the way forward – it will bear fruition. There is no greater feeling than being able to say ‘he’s one of our own’ as a player takes to the field in your teams strip.

Duchâtelet’s interview demonstrated he was aware of the talent the academy has, and Richard Murray was eager to stress that we were no longer in a selling position like the past (Jonjo Shelvey and Carl Jenkinson). 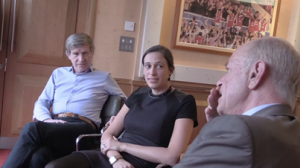 Meet the Board: Murray speaks in a recent video

Joe Piggott’s loan to Gillingham on deadline day will do him the world of good, Nathan Jones said last year that the big man was a ‘natural born goalscorer’.

It would be no surprise to see the striker rack up the goals and feature in the first team once he returns from the Gills at the end of the month.

The point I’m making is this – have faith in what Powell and his staff are doing.

The talent and ability is there, the youngsters have been given their chance as the trend looks set to continue.

Granted, Saturday was another negative result – but take the positives.

For 88 minutes we were beating a Wigan side who had been in European competition this season, and boast an array of Premier League and international quality.

Jordan Cousins and Diego Poyet played an integral part in that. 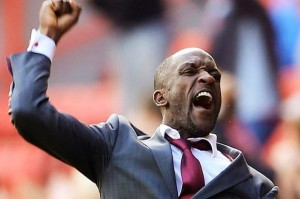 Mr Charlton: Passion, Fight and a Desire to Win

As we look to the future Charlton Athletic Football Club looks stronger and more stable than ever before. The likes of Jordan Cousins and Diego Poyet aren’t going anywhere, and nor should Chris Powell.

Times are hard at the moment, being a Charlton fan has a rarity of ‘ups’ – but things will get better with this manager and this group of players, it won’t be easy, but you’ll have to trust me.