The Johnnie Jackson Academy is a new exclusive Football Academy for girls and boys aged 5-14 years and the Charlton skipper has this week launched the first half term Soccer School. First impressions are that it has been a resounding success with everyone who attended. 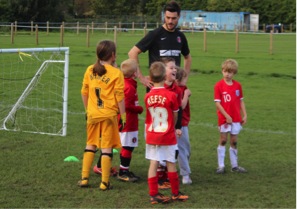 The Soccer School included football skills, tactical skills, 5 a side matches and other fun games from UEFA licensed coaches with a variety of awards and prizes at the end of the day. The Academy aims to run courses every half term after the success of the first course, Johnnie said, “ Were really pleased with it, we’ve had two great days and everyone seemed to enjoy it. We want to build on this and have the courses every half term, we also want to start going into schools.”

The first of the three days unfortunately had to be cancelled due to the storm but the following two days went ahead and the parents and kids were full of praise. Charlotte Wheeler had two children at the Soccer School and she shared her views on the new venture, “It’s an amazing experience for the kids and it is brilliant for Johnnie Jackson to give back to the community. It’s something special to be able to play football and be coached with your favourite footballer.”

Another parent Jacqui Hodges thought it was a brilliant idea to keep children busy in the school holidays,  “Its brilliant value for money, most Soccer Schools are very expensive. I think it’s also good for the kids to be mixing with other boys and girls of different ages; its good for them and it keeps them busy and active in the holidays. My son is really happy here, the coaches are so friendly and It’s got a great community feeling, I hope that it continues.” Her 11 year old son, Charlie, said “Its been great, I have supported Charlton since I was young and playing football with Johnnie is amazing, he is my favourite player. I would love to do it every half term.” 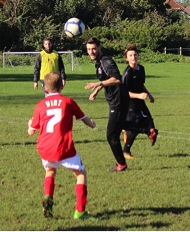 The boys and girls that took part in the Soccer School all went home with certificates from the course as well as having photographs with Johnnie and special guest Ben Hamer, who also signed their shirts and leaflets. The details of the next Johnnie Jackson Academy Soccer School and all of the updates will be listed on the website www.jacksonacademy.co.uk and the twitter account @jackoacademy.