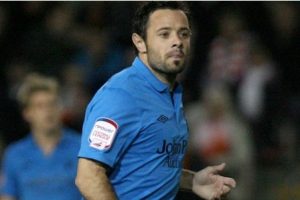 Reid Gets It Right

Charlton slipped to another home defeat on Saturday afternoon going down 2-0 at home to Nottingham Forest. The main talking point of the game was a red card for Yann Kermorgant after he kicked out in anger at former Addick Greg Halford. It left a sour taste as the man who’d done so well against Leicester in midweek undoubtedly disadvantaged his teammates as Radoslaw Majewski and Henri Lansbury grabbed the decisive goals for the impressive away side in the second half.

Chris Powell named an unchanged side from the midweek win against Leicester, with the only new inclusion coming on the bench in the form of new loan singing Jonathan Obika from Tottenham. It looked to be the same 4-5-1 formation that had served the Addicks so well in their previous game and the tactics looked the ideal way to stifle Billy Davies’s side’s fluid playing style.

Straight from the kick off Nottingham Forest attacked with purpose and moved the ball around their opponents almost at will. The first chance of the game fell to Majewski who was operating between midfield and attack with former Charlton man Andy Reid, but his shot flew over.

The pressure continued as Simon Cox tested Ben Hamer before Majewski had another chance to put his side ahead. The Polish play-maker did well to latch onto a Darius Henderson knock down, but couldn’t apply the finish needed and blasted way over the bar.

Majewski caused problems again as the Addicks seemed unable to gain any foothold in the game, this time former Arsenal man Henri Lansbury laid the ball on a plate for his midfielder counterpart, and as the midfielder took aim Hamer saved smartly down low to keep the scores level.

It really was one way traffic and what was to follow ten minutes before half time only served to make what looked like a tough task for Charlton even harder. As the ball was cleared upfield Yann Kermorgant went in pursuit with Greg Halford. The Forest defender shielded the ball well, much to the frustration of Kermorgant who seemed to kick out in frustration at the defender. After being swarmed by an army of blue and consultations with both linesmen, referee Madley showed the Frenchman a straight red card.

As the home side went down to ten men, the idea seemed to be to see the game out until half time before re-grouping in the second half. However, Charlton managed to conjure up an opening minutes before the break as temporary stand in striker Scott Wagstaff did well to hold the ball up and feed Bradley Pritchard who eventually shot well wide of the target.

There was still time for Andy Reid to find the North Upper in added time as his wayward volley flew skywards, before Adlene Guedioura tamely shot wide to bring a frustrating first half to an end. Powell was clearly unhappy with the officials and had to summon Rhoys Wiggins away as the players and management trudged off down the tunnel.

Dale Stephens hadn’t had one of his best games, and he was replaced by Ricardo Fuller at half time. The change was an attempt to give the hosts a much needed outlet at the top of the pitch, but it did little to stop wave after wave of Forest pressure, and the second half was a similar story to the first.

You could sense it was only a matter of time before the away side made the breakthrough and sure enough they did shortly after the break. It was that man Majewski again who bobbed and weaved his way past the static Charlton defence before poking the ball past Hamer and wheeling away in delight in front of the travelling fans.

The goal prompted another change for the Londoners, and Danny Haynes, who’d sealed an impressive win in midweek with a stunning strike, replaced Wagstaff, in the hope that he could reproduce the same feat.

But the change couldn’t stop the visitors from cashing in on their man advantage as the game reached the hour mark as the Tricky Trees put the game out of sight. After Dervite was hurt in an aerial challenge with Henderson  the referee let play continue and Cox’s shot was parried out to Lansbury who applied the simple finish to kill the game off.

One feared the worst at this stage, because with half an hour still left to play the visitors were playing out of their skin.

Andy Reid was pulling the strings at the heart of the Forest midfielder, and his powerful run and cross was met awkwardly by Ward who turned the ball against the post. Lansbury brought the best out of Hamer again, before Reid drove forward down the left for the second time in a matter of minutes as he teed up Henderson who headed over.

Another Forest breakaway was nearly rewarded with a third goal on 70 minutes as Chris Cohen marauded forward before laying the ball to Henderson. The big frontman turned smartly to set up Majewski who skewed the ball high and wide as the move of the match thankfully came to nothing. The former Millwall man then hit the post as the game wore on and with some fans leaving well before the end of the contest all the crowd wanted was the final whistle.

Andy Reid rightfully left the field to a standing ovation from all sides of the ground as Forest seemed to back off and give the home side a chance to have the ball as the game came to a close. Jonathan Obika came on to make his debut, and Jackson swung a free kick narrowly over as a disappointing afternoon finally came to a close.

There can be no complaints about the result as Nottingham Forest produced a marvellous display of attacking football. Davies has his side playing with confidence and the side oozes class, but the manner in which the home side rolled over and produced so little during the contest is the biggest disappointment after such a stellar midweek performance.