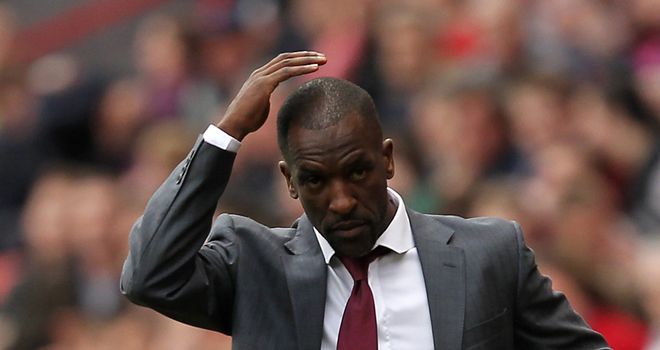 Powell's side put in another sterling defensive performance

The eagerly anticipated South London derby ended all square at The Den on Saturday afternoon, with both teams cancelling each other out in the final third of the pitch. On reflection, a point was probably no more than the two in-form sides deserved from the game. But Charlton can be proud of another solid defensive showing that stretches their unbeaten run to six matches.

Chris Powell made three changes to the side who had triumphed over Peterborough four days earlier. The most notable absentee was central defender Micheal Morrison  who was ruled out through suspension, and so Dorian Dervite slotted in alongside Leon Cort at the back. Dale Stephens partnered Johnnie Jackson in midfield – the captain racking up 100 appearances for the club. Stephens came in for Arsenal loanee Emmanuel Frimpong in midfield, who dropped to the bench, and Rob Hulse stepped in up top for the injured Ricardo Fuller.

The game started at a blistering speed with both sides quick out the traps, within thirty seconds Liam Feeney sped clear down the right and fired a low drive wide, before the visitors fashioned a chance of their own as Jackson’s well weighted through ball landed in Hulse’s stride, sadly the front-man was dispossessed by Danny Shittu as both sides went gun ho in the opening stages of the game.

The Lions were roared on by a sell out crowd, and they went close again after fifteen minutes as former Wolves striker Andy Keogh curled the ball towards goal, but his effort was caught by Ben Hamer as neither side managed to get a foothold in the contest.

Charlton could have fallen behind minutes later, as Millwall went within inches of taking the lead. It was Feeney who again proved to be a thorn in the side of an Addicks rearguard that had kept a clean sheet in their last three away matches, and his cross found Chris Taylor round the back, but his downward header crept wide of Hamer’s near post as it looked as if the Lions were moving in for the kill.

A rare Charlton attack saw Hulse latch onto Dorian Dervite’s through ball, and the man on loan from QPR flashed the ball wide of the far post. No sooner had the visitors created a chance of their own, they found themselves on the back-foot as Keogh produced a teasing ball in that was met by Feeney. The ex-Bournemouth winger this time sliding the ball back across goal and agonisingly wide of the far post.

Millwall continued to waste chances with Wood, Abdou and Taylor the main culprits, the only real concern for the away side was ex-Addick Josh Wright’s dipping effort that landed on the roof of the net in front of the travelling supporters as the first half was brought to a close.

The second period began in the way that the first had ended. This time Keogh had loud shouts for handball turned down by the referee as his powerful shot flicked up onto Leon Cort as the home crowd grew restless at their team’s lack of ability to take their chances. Taylor and Wood went close again from corners, but alas there was no way through for the home side.

Danny N’Guessan then replaced Feeney as the game entered its final third. Taylor did well to create a chance for Abdou who found himself in space on the edge of the box, but for the second time of the afternoon he blazed his shot over the bar. Soon after, an incisive Millwall break away saw Keogh bearing down on Hamer’s goal, but the keeper managed to tip the ball over the bar to keep the scores level.

Sustained Millwall pressure followed, and N’Guessan’s downward header was wonderfully cleared off the line by the ever reliable Chris Solly as the Addicks held firm. Right back Adam Smith had been troubling Charlton for most of the second half with his marauding runs down the wing, and his venomous strike sailed wide as you began to get the feeling that Millwall wouldn’t break through.

The last chance of the game actually fell to the away side. Late substitute Danny Green took a quick throw in that found Solly down the right, and his cross was headed wide by Cort as the game came to a close.

There were some unsavoury scenes as the game drew to a close, as flares and bottles were exchanged by supporters, but that should not deter from the fact that this was another superb defensive display by Charlton. A point does no harm to their league position at all, and a bumper crowd is expected next week at the Valley for the visit of Brighton where Powell will be hoping his side can maintain their current unbeaten run.