The Charlton team managed to grab a successful win against Blackpool but off the pitch many of the Charlton Live team are facing problems with the injuries.

Host and BBC radio summariser Peter Finch has been finding it very difficult to cope with the loss of Yann Kermorgant due to his fractured ankle. Yann who picked up his injury during a training session became Peter Finch’s secret man-crush after scoring 13 times last season. His final goal of Charlton’s League One success against Hartlepool even caused Pete to perform a Gary Neville celebration live on commentary – a trade very unusual of Mr Finch who is well known for his impartiality.

Matchday announcer Dave Lockwood told us “ Pete has found Yann’s injury very hard to cope with. So far we have tried replaying Yann’s Hartlepool goal on a loop,  speaking in a French accent, and even singing Johnny Hallyday records but nothing has worked and we are running out of ideas.” 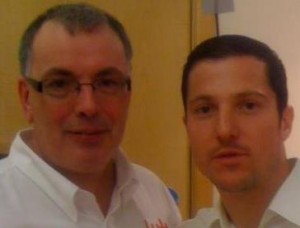 Yann Kermorgant received the nickname ‘the warrior’ by some fans due to his resilience against injury but I think the sad news that he will be out for 3 months shocked Pete more than most people.

This is not the first time that a Charlton Live member has become over attached to a player. Paul Glover or ‘Glovepup’ as he’s also known by his friends suffers from Jacksonitis , a rare disease which is normally more commonly seen with women. Paul can be seen to go into scenes of love and anxiety when Johnnie is around but has recently gone into a state of denial due to Johnnie’s injury.

Player addiction is occurring more and more frequently across the Charlton Live team but is something which with your help , we will combat. The member of the team we are currently most concerned about is Olly Groome. Early signs of a love connection are occurring around Bradley Pritchard due to a school connection, however there’s a chance this could be downs to Olly’s OBD (Obsessive Bromley Disorder). 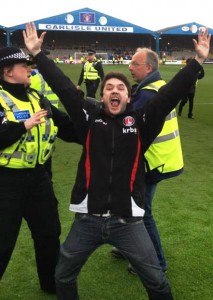 If you see any of the Charlton Live members mentioned please try to be as supportive as possible and together we will get them through this tough period of time.

RT @simonohara1 @charltonlive Great pod guys. A moving tribute for Seb (If only we could ignore MS & TN) & hopefully when we get back to normal, together we’ll all truly applaud Seb together.