The last few weeks have been full of speculation about the club, but today we can put all of that behind us as Charlton kick off their pre-season curtain riser against Welling Utd, its been a quiter summer for Chris Powell in the transfer market, 2 signing have arrived in the shape of former trainee Lawrie Wilson and Jordan Cook, a little more circumspect than last years supermarket sweep! partly this, I believe, is because we are now dealing in a different market, last year the club was widely regarded as a big club in League One (obviously not massive, we leave that title to others) but in this higher league we are not such a big fish, and also we need to consider that this time last year Chris Powell was saying he was building a squad that would do well in the Championshiop, so bear that in mind when casting anxious glances at the lack of signings!

The last time we all met as fans was one of those once in The season ahead presents us with a tougher challenge, and I have heard some fans citing the examples of Southampton and Norwich as they way things could go, it would be amazing if they did, but for me mid table consolidation would appear to be our realistic aim. Having said that, this is Charlton and anything can happen!

The Charlton Live team will be providing live coverage of many of the pre-season fixtures, more details will be announced on www.cafc.co.uk in the near future. Talking of the official site, a new look site will be launched shortly as well as upgraded CAFC Player with I am told the ability to pause and rewind live commentaries, not sure how I as a summariser feel about that!!!

TheCharlton Live team are planning new features for both the Saturday pre match show and the Sunday shows, we have also recruited a few new faces, welcome to Daniel Finch and Louis Mendez, Daniel will be joining the Saturday team and Louis will provide a fans view of away matches and also will appear on Sunday shows.

So this afternoon is all about meeting friends we have not seen since May, the kokes and wisecracks will be flying around I am sure, and plans hatched for away trips, we have a great bunch of supporters, a real mix of young old, happy, miserable, the optimisitic and the pessimistic, but we are all there for one reason, to support our team, so lets get behind Chris Powell and the Squad as we embark on this important season, enjoy it, I intend to. 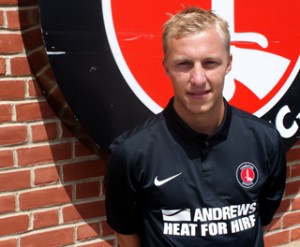