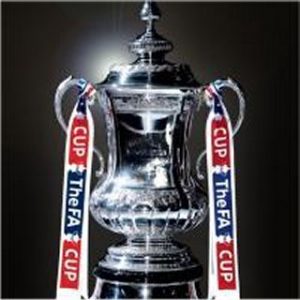 So Charlton’s FA Cup campaign begins today, over the years the cup competitions have not been that good to Charlton, this seasons first round tie brings added pressure, the highest ranked team takes on a non-league side live on tv, all neutral observers of the game will want to see Halifax topple us this afternoon, so with that in mind what team does Chris Powell plump for? does he stick with the confident league toppping side or does he ring the changes and draft in squad players? for my money I think we should stick with the team that has performed so well in the past few weeks, continuity is vital in my mind, add in the fact that both Bover and Pritchard are just returning from injury, its the first team for me, the Halifax team will be so up for this, it will be a very tough game and not one to plunge two younger players in who are recovering from injury.

The early kick off makes travelling to the game a real labour of love, most of those taking advantage of the players coach offer would attend anyway. On away trips I see the same faces emerging from the coach, these fans spend a small fortune every year following Charlton and deserve not only plaudits but a gesture like this form the club.

I am hosting Charlton Live tonioght, Big Dave has his wifes birthday to deal with, apparently he is cooking dinner, so if you see hordes of Fire engines heading for Kent, you know why!
On tonights show we have match highlights, match reaction and interviews with Johnnie Jackson, Bradley Pritchard and a chat with Callum Harriot following the demolition during the week of Soham in the Youth Cup, all that live form the Valley at 7pm on CAFC Player